This week I learned that an expression I like to use is close but not as fully or directly on the mark as I had previously envisioned. "Empowerment cures apathy!"

On Wednesday, Master of Science student Zoe Stein presented a defense of her thesis at ASU's Wrigley Global Institute of Sustainability. Her paper is titled, A Future-Oriented Assessment of Attitudes Toward Urban Water Sustainability Transitions among Young, Ethnically-Diverse Urban Residents in Phoenix, Denver, and Las Vegas.

In other words, what it's reasonable to expect young people, including growing minority populations to believe, understand and think about how to adapt to likely approaching urban water shortages.

In response to my question, Ms Stein had a slightly different take. She told me that she found (or the survey data from Phoenix, Las Vegas and Denver suggest) that for the most part, the young people in her survey cared a lot about environmental issues. But they don't necessarily know what to do to make a difference.

So, if I were to fine tune my use of the expression, I'd probably start with understanding how to turn their passion into positive action is the key.

Thursday evening the Wrigley Sustainability Institute presented the documentary Paris to Pittsburgh at the Alamo Drafthouse theater in Tempe.


Paris to Pittsburgh brings to life the impassioned efforts of individuals who are battling the most severe threats of climate change in their own backyards. Set against the national debate over the United States' energy future - and the Trump administration's explosive decision to exit the Paris Climate Agreement - the film captures what's at stake for communities around the country and the inspiring ways Americans are responding.

The post-viewing discussion included two other young women leaders with a bright future. Both of them are high school students working to organize the September 20, 2019 Climate Strike in Arizona.

With a byline including Greta Thunberg and another 46 youth activists, The Guardian published this letter,


We can’t stave off global heating by ourselves. Together, on 20 September, we can unleash mass resistance

We spent uncountable hours organising [organizing] and mobilising [mobilizing] when we could have just hung out with our friends or studied for school.

We don’t feel like we have a choice: it’s been years of talking, countless negotiations, empty deals on climate change and fossil fuel companies being given free rides to drill beneath our soils and burn away our futures for their profit. Politicians have known about climate change for decades. They have willingly handed over their responsibility for our future to profiteers whose search for quick cash threatens our very existence.

We have learned that if we don’t start acting for our future, nobody else will make the first move. We are the ones we’ve been waiting for.

Once again our voices are being heard on the streets, but it is not just up to us. We feel a lot of adults haven’t quite understood that we young people won’t hold off the climate crisis ourselves. Sorry if this is inconvenient for you. But this is not a single-generation job. It’s humanity’s job. We young people can contribute to a larger fight and that can make a huge difference.

So this is our invitation. Starting on Friday 20 September we will kickstart a week of climate action with a worldwide strike for the climate. We’re asking adults to step up alongside us. There are many different plans under way in different parts of the world for adults to join together and step up and out of your comfort zone for our climate. Let’s all join together, with your neighbours, co-workers, friends, family and go out on to the streets to make your voices heard and make this a turning point in our history.

This is about crossing lines – it’s about rebelling wherever one can rebel. It’s not about saying “Yeah, what the kids do is great, if I was young I would have totally joined in.” It doesn’t help, but everyone can and must help.

During the French revolution mothers flooded the streets for their children.

[The Women's March on Versailles, which took place in October 1789, is often credited with forcing the royal court and family to move from the traditional seat of government in Versailles to Paris, a major and early turning point in the French Revolution. (citation added by the Arizona Eagletarian)]

Today we children are fighting for ourselves, but so many of our parents are busy discussing whether our grades are good, or a new diet or what happened in the Game of Thrones finale – while the planet burns.

This moment has to happen. Last year’s UN intergovernmental panel on climate change’s special report on global warming was clear about the unprecedented dangers of going beyond 1.5C of global heating. Emissions must drop rapidly – so that by the time we are in our mid- and late-20s we are living in a completely transformed world.

But to change everything, we need everyone. It is time for all of us to unleash mass resistance – we have shown that collective action does work. We need to escalate the pressure to make sure that change happens, and we must escalate together.

So this is our chance – join us on climate strike this September. People have risen up before to demand action and make change; if we do so in numbers we have a chance. If we care, we must do more than say we do. We must act. This won’t be the last day we need to take to the streets, but it will be a new beginning. We’re counting on you.

Expect to read more details on the event(s) in Arizona as the date approaches. 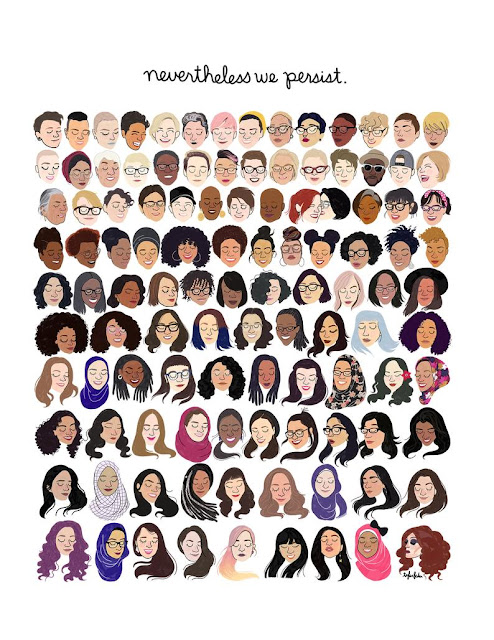 So, empowerment isn't necessarily only the cure for apathy but also for rudderless enthusiastic young (and old) people who need to know how to direct their energy, make goals, achieve some, fail some, regroup, then refocus to learn more, fail more and achieve more... We WILL persist until we (young and old) succeed.