Ever since I was knee-high to a grasshopper, social scientists have seen Trump coming! 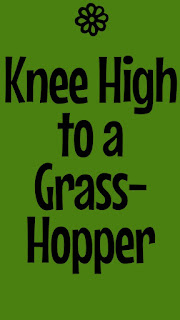 If only they had tried to warn us... well, some did try. But for about 67 years, nobody (or, unfortunately, too few) people paid enough attention to grasp the significance. And even if THEY had grasped the significance, too few (probably some of the same social scientists) understood the reality and dynamics of cults when the book was written. I'm thankful for my early adult experience inside a fundamentalist Christian sect (I left the cult more than 30 years ago). That, along with my reading over the last three decades has given me perspective to be able to recognize former President Trump's cult of personality and the damage to genuine freedom for We The People it has caused.

Historian Theo Zenou is working toward earning his Ph.D (in History) at Cambridge University. The following is excerpted from his opinion column published online at the Washington Post on June 11, 2022.

If “The New American Right” seemed obsolete when it was first published, that changed quickly. By the early ’60s, it was obvious [Sen. Joseph] McCarthy had spawned a movement with real staying power made up of anti-communist organizations.

Take the John Birch Society, which in 1962 counted about 60,000 members and an estimated 9.5 million sympathizers. Its founder, a candy tycoon named Robert Welch, thought “traitors inside the U.S. government would betray the country’s sovereignty to the United Nations for a collectivist New World Order, managed by a ‘one-world socialist government.’”

Or take the lesser-known Liberty Lobby, founded by an avowed admirer of Nazi Germany. This white supremacist group prophesied an apocalyptic struggle “between the white and the colored world, of which Russia is the Lord.”

Bell’s team of academics revised “The New American Right” and rereleased it in 1963 as “The Radical Right.” [Note that at the archive.org link you have the option to download the book in the format of your choice for no charge] It would become a must-read for students of modern American history.

The intellectuals held that the radical right not only loathed communism but also liberal democracy and the basic tenets of the U.S. Constitution. As Bell noted wryly, its partisans stood ready “to jettison constitutional processes and to suspend liberties, to condone Communist methods in the fighting of Communism.” They blasted free elections and the peaceful transfer of power, lamented the independence of the judiciary and opposed civil rights.

If the Soviets wanted to destabilize the republic, they could hardly have found keener agents than the radical right.

Hofstadter called these activists “pseudo-conservatives” (a term borrowed from philosopher Theodor W. Adorno). They posed as conservatives but in truth were authoritarians with a nihilistic urge to watch the world burn. “Followers of a movement like the John Birch Society,” Hofstadter wrote in one of the book’s essays, “are in our world but not exactly of it.” They lived amid what their successors would come to call “alternative facts.”

(more, at this link to Washington Post where you can read Zenou's entire column for no charge)

Zenou's historical insight in invaluable. I enthusiastically encourage you to read the rest of his column.
So many people (well more than half of the US, I believe) want to fight the nihilistic path Trump and his followers have set their sights on.  Clearly, what Zenou the historian set forth in his essay reflects especially the four years of the Trump administration and the vehemence and obfuscation he and his sycophants have engaged in since January 20, 2021.
How many pundits, politicians and practitioners of the social sciences have warned since January 6, 2021, that the insurrection was only a practice run?
It's my view that the fight is winnable, but will be neither easy nor straightforward.
Ideas, minds, and hearts in individuals generally only change as a result of significant emotional events. Short of catastrophes, art is what stirs emotion(s) in people.

Support the arts. Engage in artistic expression yourself. Encourage young people and adults to develop skills in the arts and then encourage them to express their heart in the arts. Do it with urgency.

Posted by Steve Muratore aka Arizona Eagletarian at 8:25 PM No comments: