Today we have Stacey Champion.

Today is June 9, 2019. The National Weather Service has already issued the first excessive heat watch of the season for the Phoenix area to start in about 36 hours.

STAY INDOORS AND SEEK AIR-CONDITIONED BUILDINGS. DRINK WATER, MORE THAN USUAL... MONITOR THOSE WITH A HIGHER VULNERABILITY TO HEAT, INCLUDING SMALL CHILDREN. CHECK IN ON FAMILY, FRIENDS, AND NEIGHBORS, ESPECIALLY THE ELDERLY...  NEVER LEAVE KIDS OR PETS UNATTENDED IN CARS... SIGNS AND SYMPTOMS OF HEAT-RELATED ILLNESS.

THE MOST SERIOUS ILLNESS IS HEAT STROKE, WHICH MAY INCLUDE: VOMITING; CONFUSION; THROBBING HEADACHE; DECREASED ALERTNESS OR LOSS OF CONSCIOUSNESS; HIGH BODY TEMPERATURE (ABOVE 105F); HOT, DRY SKIN; RAPID, WEAK PULSE; RAPID, SHALLOW BREATHING; SEIZURES. HEAT STROKE CAN BE DEADLY. TREAT AS AN EMERGENCY AND CALL 9-1-1.

Of course, in central and southern Arizona, we ALL have air-conditioning or swamp coolers, right? But even those don't provide relief when the electricity doesn't work.

Did you know that Arizona Public Service -- our state's largest electric utility (a monopoly with a protected franchise territory) -- cut the power to more than 110,000 customers in 2018? That was double the average number of cutoffs for each of the previous five years. Neither did I. That is, until Stacey Champion refused to shut up about it.


The state’s largest utility shut off power to customers unable to pay their bills 110,029 times in 2018, the first full year in which the 2017 rate increase went into effect.

That’s the equivalent of one in 10 customers left in the dark. It could be that some customers were disconnected more than once but an APS spokeswoman didn’t return my call to clarify the number.

Here’s what is clear. APS nearly doubled the number of customers it cut off in 2018 from the previous year.

Did you know that APS, prior to 2018, was required to report the number of electricity customers they cut off for non-payment? Neither did I. That is, until Stacey refused to shut up about it. 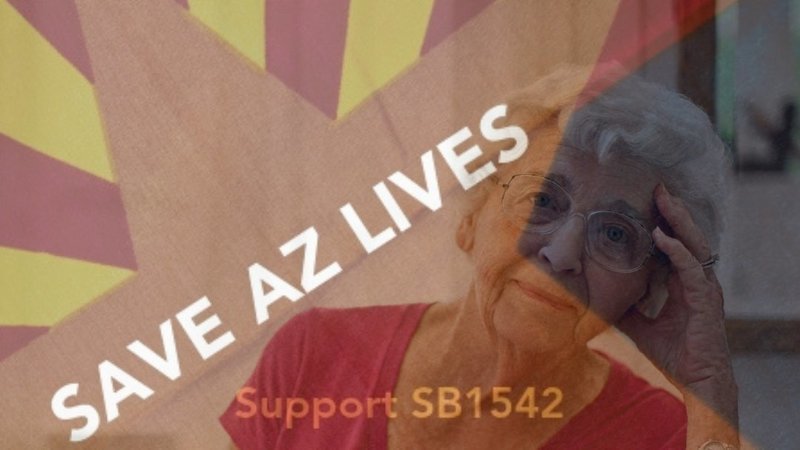 Arizonans currently have no protection for utility shut offs during extreme heat or cold. [Even though other states DO protect vulnerable populations* in such situations] We need to change that. Help us SAVE AZ LIVES. Air conditioning in Maricopa County especially, is not a luxury, it is literally a matter of life or death.

Our most vulnerable Arizona citizens need our support. Seniors on fixed incomes, folks with disabilities, pregnant women, those suffering from serious medical issues, and households with infants and young children. This is a bipartisan issue that needs to be addressed immediately, and allowing SB1542 to be heard and allowed to move through the democratic process at our State Legislature needs to happen. The Bill has been assigned to the Commerce Committee, and as Chair, Senator Michelle Ugenti-Rita holds the cards as to whether or not it will be heard or move forward. After you sign this petition, please also consider emailing her directly through this legislative contact form, call her office directly at: (602) 926-4480 and ask that she hear SB1542, and then email your own Representatives as well to ask them to push for this important Bill to be heard.

Did you know that indoor heat-related deaths are increasing every year, and there is currently no legislation that prevents utilities from shutting off people’s AC during the hottest summer months? As an example, in July 2017, when Phoenix’s average high temp was 106.5 degrees F, Arizona Public Service (APS) shut off almost 7000 people’s power. SEVEN THOUSAND. And that was just in July…

People are dying and that is absolutely unacceptable. This is a public health crisis. Please sign and share this petition to Help us SAVE AZ LIVES.

The Arizona Legislature is no longer in session. SB1542 died when the session ended a couple of weeks ago. That bill would have prevented utilities from cutting off service, when freezing cold or temperatures above 99 degrees F are forecast, for vulnerable populations.

The bill never did get a hearing in a committee. I suspect the main reason for that was every sponsor of SB1542 was a Democrat and even though Republican majorities in both chambers are small this term, the GOP still holds the cards... and the power (in this case, the power of life and death).

What changed in 2018, other than APS no longer having to tell its hand-picked, store-bought regulators that they cut electricity to so many vulnerable Arizonans? You may have guessed it. Yes, that too was Stacey.

Arizona Revised Statute 40-246 allows customers to petition the Corporation Commission if they believe a utility is violating a commission order. If at least 25 utility customers sign on to a complaint, it triggers legal proceedings at the commission.

Champion submitted pages of signatures, and the petition had more than 430 signatures on Change.org Thursday afternoon. [and ultimately signed by more than 8,000 people]

Beside calling your Senator and Representatives, you can squawk to Governor Ducey by calling (602) 542-4331 and calling members of the Arizona Corporation Commission,

To address this problem statewide, legislation is required. The Arizona Corporation Commission does not regulate quasi-governmental utilities like Salt River Project.

* The link to the US Dept of Health and Human Services listing, despite saying AZ has temperature based protections, shows,

Utilities advised not to terminate residential service when the customer has an inability to pay and where weather will be especially dangerous to health (usually 32° F or below for winter and triple digits for summer) as determined by the Commission. There are also rules prohibiting disconnection of service for certain medical reasons. Several of Arizona's energy vendors enforce moratoriums with varying criteria.

That language contrasts with the next state (in alphabetical order), Arkansas,


Gas and electric service cannot be disconnected if forecast predicts a temperature of 32 or lower during the next 24 hours. No disconnect for elderly or disabled when temperature is >95, or medical emergency. No disconnect if customer agrees to deferred or extended payment agreement. (more)


Posted by Steve Muratore aka Arizona Eagletarian at 8:19 PM