Why do weak Democratic candidates think they must settle for GOP table scraps?

Joining Catherine Miranda this week -- in graciously accepting Doug Ducey's gestures when he "reached out" to her with a "purchase contract" for her soul -- both Miranda and lame duck state Rep. Lydia Hernandez have apparently accepted a similar transaction with Republican Secretary of State candidate Michele Reagan. Reagan's campaign is boasting that the two have endorsed her. 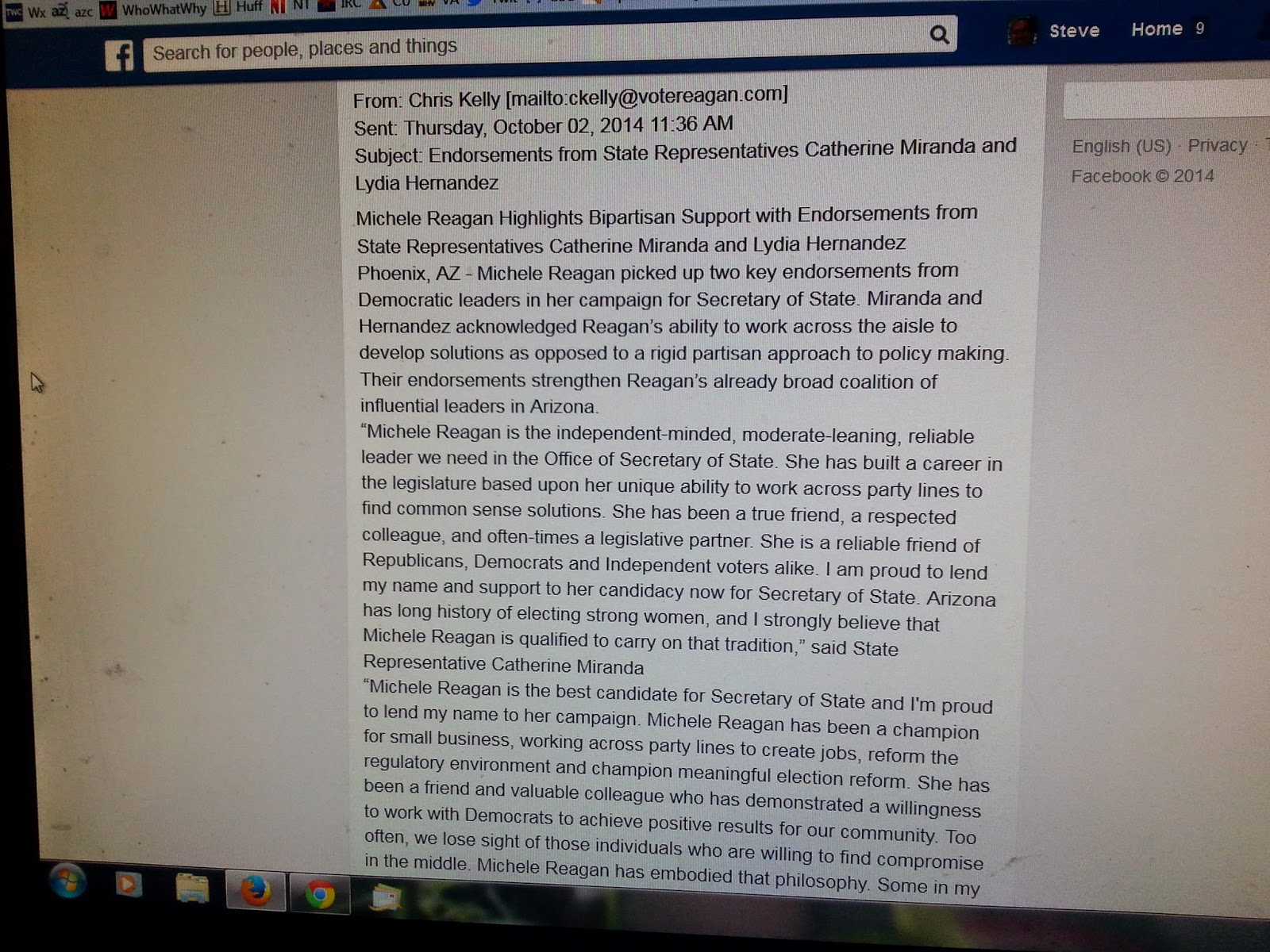 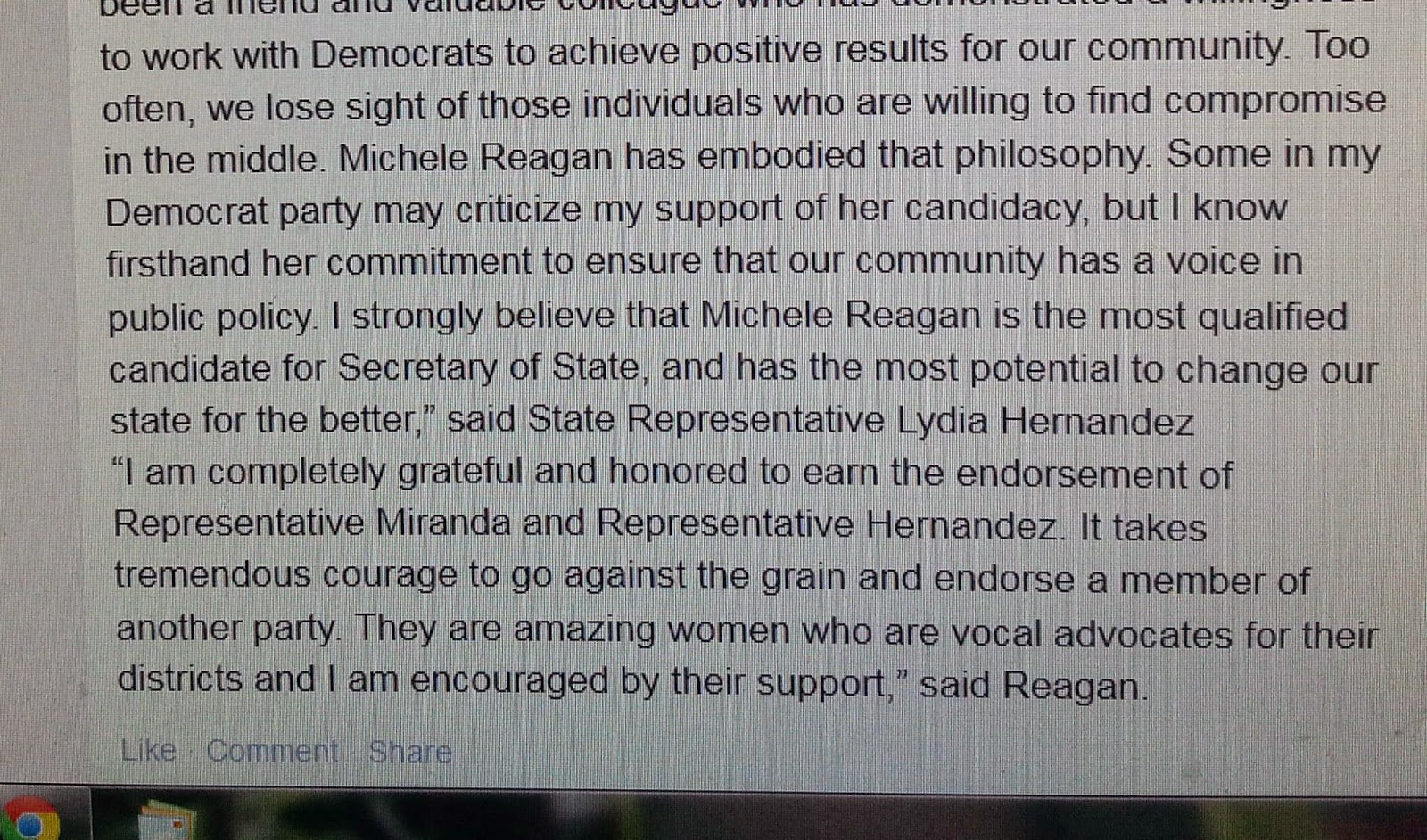 Once upon a time, Ms. Reagan did genuinely good things. Early in her legislative career, she even volunteered in a Paradise Valley school working with autistic middle school students. I was able to document that story for the Arizona Capitol Times.

But along the way, something changed. Perhaps it was ambition taking hold. Lauded by local media as a "moderate" Republican state lawmaker, Reagan sponsored and voted for the draconian SB1070 in 2010, was an architect of and voted for HB2305, the Voter Suppression Act in 2013, and refused to vote against this year's doozie, SB1062.


Adam Kinsey, a spokesman for Democratic candidate Terry Goddard this afternoon mused, "If [HB]2305 was so great, why did she vote to repeal?" The repeal was the FIRST policy bill passed by the legislature in 2014.

Extreme right-wing "think" tanks and local corporate media have repeatedly referred to Democrats as not having any influence at the Capitol. So, rather than take a stand on issues that will resonate with voters, the Catherine Mirandas of Arizona take what they mistakenly calculate to be the path of least resistance and accept what amounts to table scraps thrown to them by Republicans, in this case, only Republican hopefuls, not even those who have been elected.

So far this week, Miranda has found out that she's going to face a helluva lot more resistance from her legitimate constituents as a result of taking the "sell out to the GOP" route.

And if Arizona Democrats are so ineffective, why did the legislature rush to repeal HB2305 at its first opportunity after the referendum qualified for the 2014 ballot?

When Terry Goddard becomes Arizona Secretary of State, the influence of Dark Money will face a precipitous drop. Bold Progressives will then not even be tempted to sell out to the GOP. Shortly thereafter, Catherine Miranda and Lydia Hernandez will ride off into their own ineffectual sunset.
Posted by Steve Muratore aka Arizona Eagletarian at 6:41 PM