Maybe that headline is a little harsh. Then again, maybe not.

Whether you agree or disagree with the imagery, it's clear that Ms. Miranda is tempting fate. 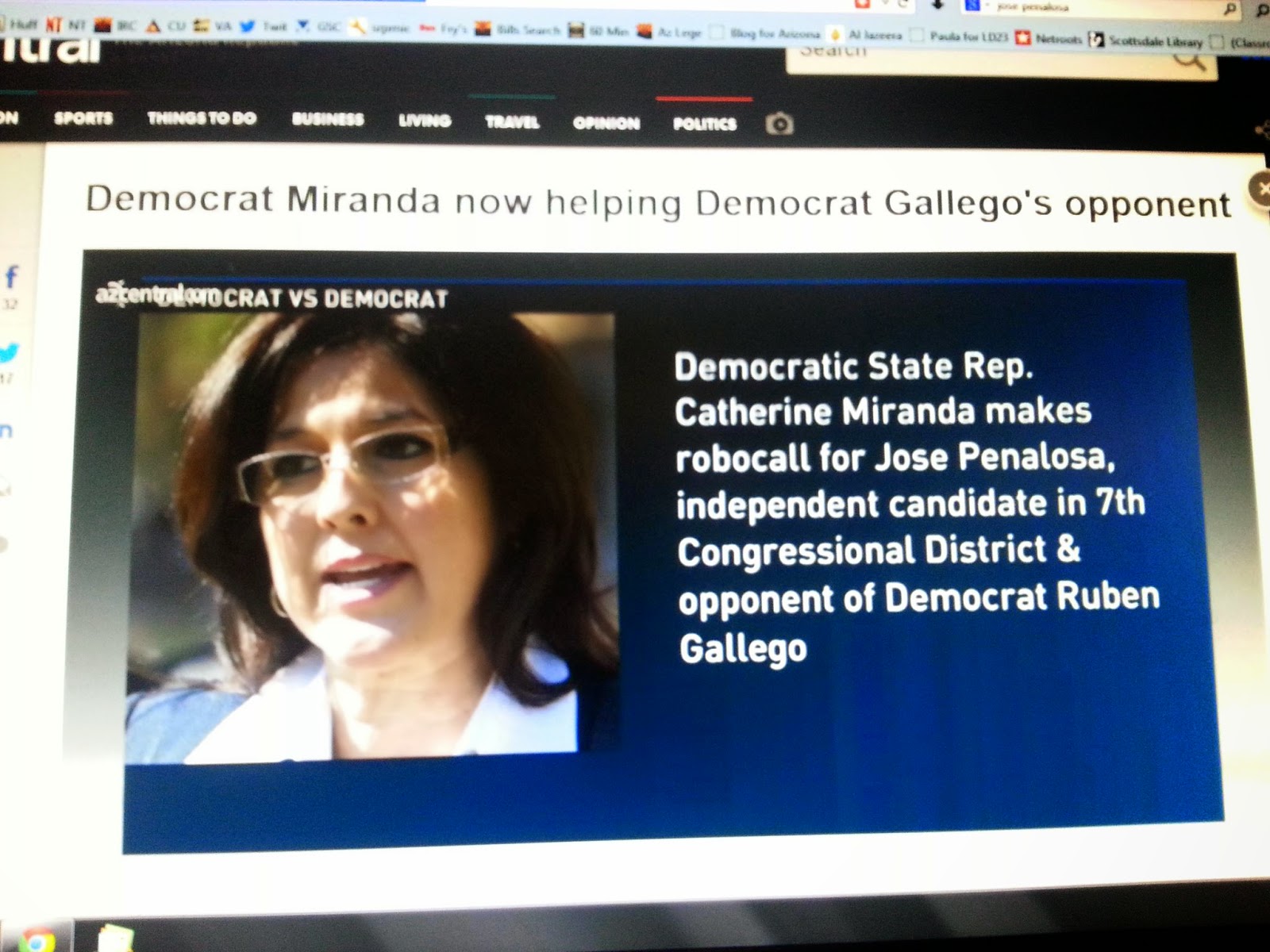 The specter of recall already hangs over her head even before she is officially elected to the Arizona Senate. Catherine Miranda, the LD23 Democratic primary election winner -- fresh off of selling her soul to the Republican Party followed by endorsing Scrooge McDucey and Michele Reagan -- has now recorded a robocall with an endorsement for Jose Penalosa. Having previously run for the 7th District seat as a Republican, Penalosa is now an Independent competing against Democratic candidate Ruben Gallego to succeed retiring Rep. Ed Pastor.

Miranda would be planning to exit the Democratic Party except that as a Republican, there's no way she would even be viable as a candidate for the legislature in the South Phoenix district she now represents in the Arizona House.

Posted by Steve Muratore aka Arizona Eagletarian at 11:36 PM