Who, really, are our leaders? 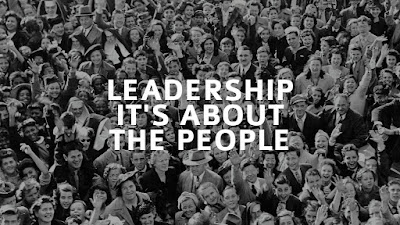 Or, should I ask, who is NOT a leader?

But let's begin with the question of why Arizona Governor Doug Ducey (and his role model, Donald Trump) felt compelled recently to put up barriers to prevent the People (of Arizona, and of the United States) from being able to access their government officials (not necessarily leaders). Wrote EJ Montini on June 11,


Metaphorically speaking, you could argue that Gov. Doug Ducey built a fence around himself a long time ago. Now, his administration has erected the real thing.

He’s following in the footsteps of President Donald Trump, who had a fence erected outside the White House to keep demonstrators at least 600 feet away. Some of those same demonstrators have been attaching artwork and memorial posters to the fence, urging social justice, police reform and generally transforming the barrier into a gallery of hope.

Not long ago, the Department of Public Safety erected two layers of chain-link fencing around the Arizona State Capitol. It has razor wire on top and signs that say “No Trespassing,” transforming the Capitol in something reminiscent of former Sheriff Joe Arpaio’s tent city jail. [...]

Republican Rep. Kelly Townsend said, “I think putting a fence around the Capitol is a bad idea. What message are we sending? People are angry and they need to express their anger. I do not condone violence or vandalism, but people have a right to be heard by their government.”

Democratic Rep. Diego Rodriguez added, “The movement is clearly peaceful. I think it’s more about him (Ducey) being uncomfortable.”

A spokesman for the DPS said, “This was a decision by the department, in consultation with (the Arizona Department of Administration) and out of abundance of caution, to protect public property.”

We’ve been arguing about fences, nationally and within Arizona, for years.

Yeah, even Republican Kelly Townsend, she with whom I seldom agree, gave voice to concerns of the People. By the way, that's one actual function of leadership, which Ducey does NOT do.

This brings us to an observation I began making a few years ago while reading Liberal opinion columnist Laurie Roberts at the Arizona Republic. For example, in a recent column, she opined on the need for "our leaders" to listen to us.


It goes without saying that change needs to come to America.

President George W. Bush this week called on us to find our better selves and he called on our leaders to spend less time shutting down those who have taken to the streets and more time listening to what they have to say.

But Roberts isn't the only one at the Republic who routinely refers to elected government officials as "our leaders."

Why do they do that? I have a theory.

Gene Sharp, author of How Nonviolent Struggle Works, (and it DOES work) based on years of research, wrote,


The social view of power sees governments or other systems to be dependent on the people’s goodwill, decisions and support. It sees that power as continually rising from many parts of the society. It views political power as fragile, always dependent for its strength and existence upon a replenishment of its sources by the cooperation of a multitude of institutions and people—cooperation which may or may not continue.

Is it any wonder then, that 1) Trump is understood to be weak and insecure (despite wanting to play the role of "strongman?"); and 2) he is obsessed with using the apparatus of power (i.e. military and police agencies) to counteract his weaknesses which are due to his inherent incompetence and inarticulateness?


The persons, group, or regime which occupies the highest position of command in the society and government, especially the State, are here called “the rulers.” Rulers have no power intrinsic to themselves. Such power must come from outside themselves. Their power is therefore variable. How much power they have depends on how much power society will grant them. Political power has identifiable sources.


Authority: Defined by Jacques Maritain as “. . . the right to command and direct, to be heard or obeyed by others.” Authority is voluntarily accepted by the people and therefore is present without the imposition of sanctions. It is enough that the persons or group be perceived and accepted as superior. While not identical with power, authority is clearly a main source of power.

Material resources: The degree to which the rulers control property, natural resources, financial resources, the economic system, communication and transportation, etc., helps to determine the limits of their power.

Might THIS be the real reason Ducey and Trump put up those ominous fences around the seats of the People's power?

In 1930s Germany, a certain megalomaniacal ruler secured obedience of the vast majority of the German people to tolerate, if not enthusiastically support one of the most horrendous atrocities ever perpetrated. How did he do it? Well, beside the fact that he made promises of prosperity to Germany, that maniac had a virtual monopoly on radio broadcast of propaganda.


The first Volksempfänger, an affordable and extremely popular radio, was introduced in 1933, the year Adolf Hitler was appointed chancellor of Germany. This was no coincidence.

In the 1930s, everyone wanted a radio. The still-new invention brought news, music, dramas, and comedy right into the home. Propaganda Minister Joseph Goebbels saw its potential to transmit Nazi messages into the daily lives of Germans. The only hurdle was producing and disseminating the devices on a mass scale. Under Goebbels’s direction the Volksempfänger, or “people’s receiver,” was born. “Even workers could afford the much cheaper new Volksempfänger and [later model] Kleinempfänger,” writes historian Adelheid von Saldern in the Journal of Modern History. “Step by step, radio emerged in the villages as electrification made rapid progress.”

My point is that if a credible Liberal voice and the largest newspaper in Arizona consistently says it is so, are the People of Arizona going to question it? Does anyone besides me question who Laurie Roberts is referring to when she cleverly refers to Doug Ducey as "our leader?"

Remember, in order for a regime to command obedience, the people must voluntarily accept the authority WITHOUT imposition of sanctions.

In America, and in Arizona, we don't have kings and queens who have actual authority over the People, do we?

Let's refresh. The Preamble to the US Constitution states,


We the People of the United States, in Order to form a more perfect Union, establish Justice, insure domestic Tranquility, provide for the common defense, promote the general Welfare, and secure the Blessings of Liberty to ourselves and our Posterity, do ordain and establish this Constitution for the United States of America.

More specifically, the Arizona Constitution, Article 2, Section 2, seems to contradict the implied meaning when the Arizona Republic refers to "our leaders."

Section 2. All political power is inherent in the people, and governments derive their just powers from the consent of the governed, and are established to protect and maintain individual rights.

Again, from How Nonviolent Struggle Works,


The key to habitual obedience is to reach the mind. Obedience will scarcely be habitual unless it is loyal, not forced. In essence, authority must be voluntarily accepted.

The weakening or collapse of that authority inevitably tends to loosen the subjects’ predisposition toward obedience. Then the decision to obey or not to obey will be made consciously, and obedience may be refused. This loss of authority sets in motion the disintegration of the rulers’ power. That power is reduced to the degree that they are denied authority.


Of course, my theory could be wrong.

But shouldn't conscious citizens reasonably expect the state's largest newspaper to spell out and justify its policy/practice? Otherwise perhaps it just seems like a subliminal effort to promote unconscious obedience to outdated ideas?
Posted by Steve Muratore aka Arizona Eagletarian at 3:22 AM