Stamp MONEY out of politics 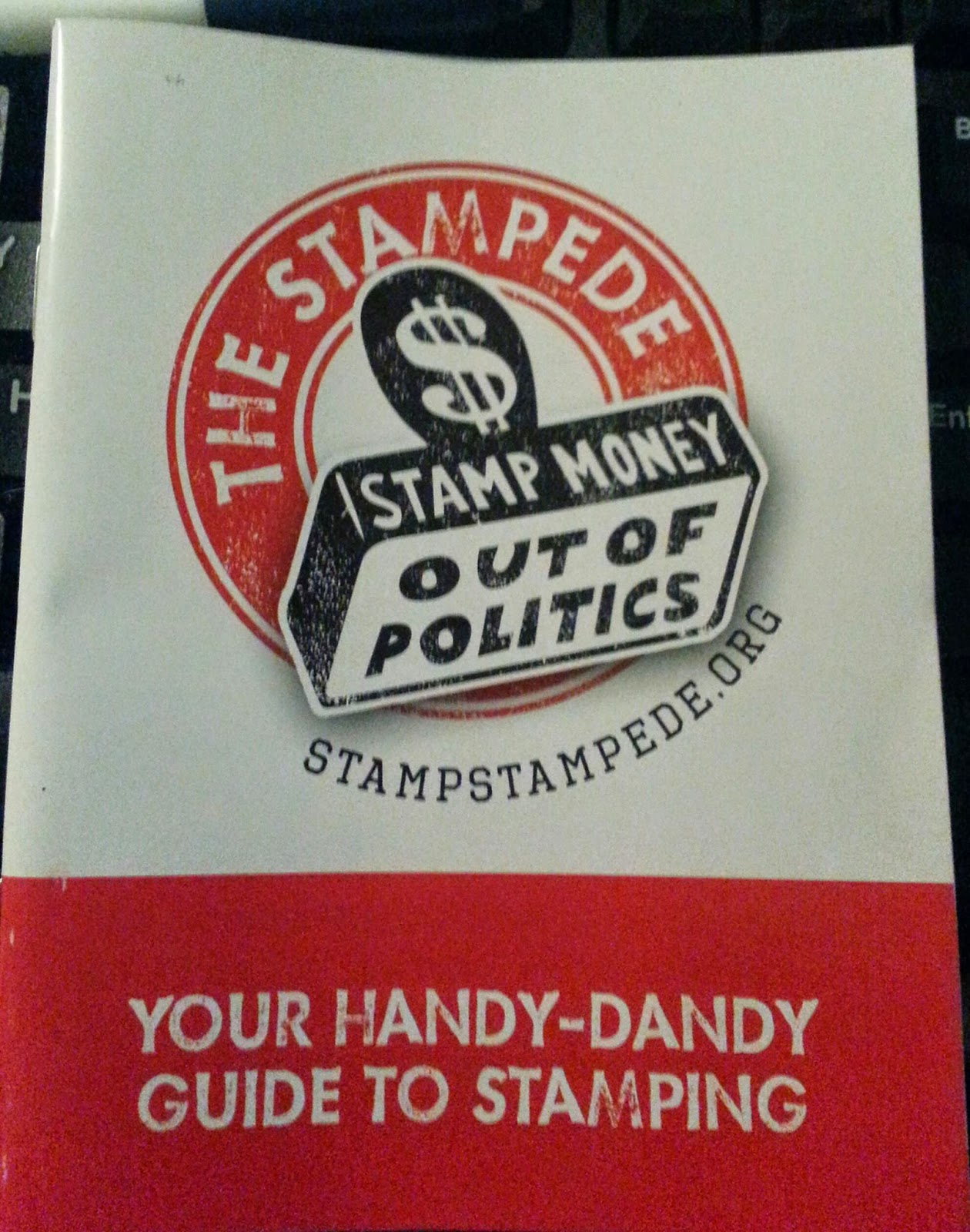 Let no one be discouraged by the belief there is nothing one person can do against the enormous array of the world's ills, misery, ignorance, and violence. Few will have the greatness to bend history, but each of us can work to change a small portion of events. And in the total of all those acts will be written the history of a generation. -- Robert F. Kennedy

On Monday, I joined the ranks of the Stamp Stampede.


"The Stampede is about giving voice to the 80% of Americans that realize that unlimited campaign "contributions" are corrupting our democracy and want to get money out of politics. " -Graham Nash

Today it is a case of the grasshopper pitted against the elephant. But tomorrow the elephant will have its guts ripped out. Le Loi, Vietnamese emperor, 15th Century.
Posted by Steve Muratore aka Arizona Eagletarian at 2:38 AM